How Israel helped train NYPD, who then attacked Occupy

"The extreme militarization of American police forces has been brought to public attention by the tactics employed against Occupy protesters, which often appear more appropriate to counter-terrorism operations than to the control of non-violent protest. According to investigative journalist Max Blumenthal, however, the proper term for this ruthless suppression of dissent should be 'Israelification.'

In an article which begins with examples of American police training alongside Israeli security forces, Blumenthal writes, 'Having been schooled in Israeli tactics perfected during a 63 year experience of controlling, dispossessing, and occupying an indigenous population, local police forces have adapted them to monitor Muslim and immigrant neighborhoods in US cities. Meanwhile, former Israeli military officers have been hired to spearhead security operations at American airports and suburban shopping malls, leading to a wave of disturbing incidents of racial profiling, intimidation, and FBI interrogations of innocent, unsuspecting people. The New York Police Department’s disclosure that it deployed ‘counter-terror’ measures against Occupy protesters encamped in downtown Manhattan’s Zuccotti Park is just the latest example of the so-called War on Terror creeping into every day life. Revelations like these have raised serious questions about the extent to which Israeli-inspired tactics are being used to suppress the Occupy movement.'”

Are U.S. Police training with the Israeli Military?

"Apparently so and for some time now. According to Max Blumenthal with the Nation Institute, police in the U.S. have gone to Israel to train with the Israeli military in the 'handling' of civilians. According to Blumenthal, 'Crimaterrorists' is a phrase coined by an Israeli military official that essentially puts forth the notion that civilians engaging in civil disobedience should be seen and treated as a kind of domestic terrorist with criminal intentions. Raw Story weighed in on Blumenthal's allegations on December 4th."

10 Arrests in 87 Minutes: The Anatomy of the NYPD’s Protest Dispersal Process


"On the eve of the second anniversary of the Occupy movement, two video activists, have released a 10 minute short film providing perhaps the most detailed civilian account to date of the NYPD’s process of crowd dispersion during mass mobilizations. The video, shot on September 17th, 2012, during Occupy Wall Street’s first anniversary celebration action, details 10 arrests that took place over the span of 87 minutes. While at first glance many of the individual arrests appear to be arbitrary, careful analysis from the videographers illustrates a larger picture wherein the NYPD’s actions are calculated and designed to derail the protestors ability to effectively assemble."

(Video at the above link.)

"Section 802 of the USA PATRIOT Act (Pub. L. No. 107-52) expanded the definition of terrorism to cover 'domestic,' as opposed to international, terrorism.   A person engages in domestic terrorism if they do an act 'dangerous to human life' that is a violation of the criminal laws of a state or the United States, if the act appears to be intended to:  (i) intimidate or coerce a civilian population; (ii) influence the policy of a government by intimidation or coercion; or (iii) to affect the conduct of a government by mass destruction, assassination or kidnapping.  Additionally, the acts have to occur primarily within the territorial jurisdiction of the United States and if they do not, may be regarded as international terrorism.

- Scott Olsen and Kayvan Sabeghi, both peaceful Veterans in Oakland, were literally brought to the edge of death thanks to attacking militarized police forces. There are plenty of images of bloodied Occupiers across the nation, of cops punching people, hitting them with batons, throwing them to the ground and grinding their faces into cement, holding Occupy Tampa at gun-point for hours during a raid upon their facility...
-Clear violations of police misconduct laws and a wiping away for the 1st Amendment, among others.
-Clear coercion...who wants to meet multiple dozens of militarized robocops when you're just marching and chanting? Being kidnapped by snatch squads (NYPD) and given as many charges as they can hope to make stick...the message is clear. Go home and shut up! 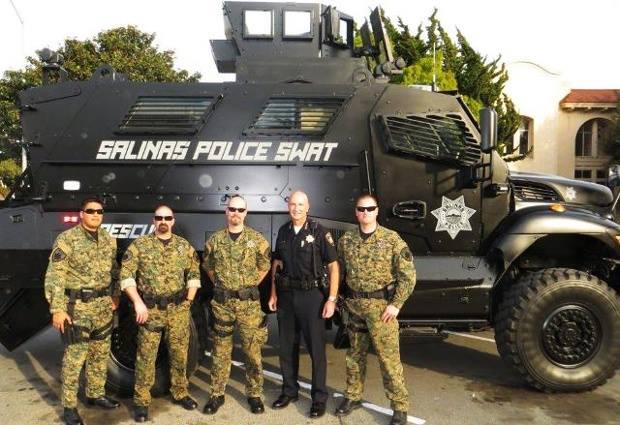 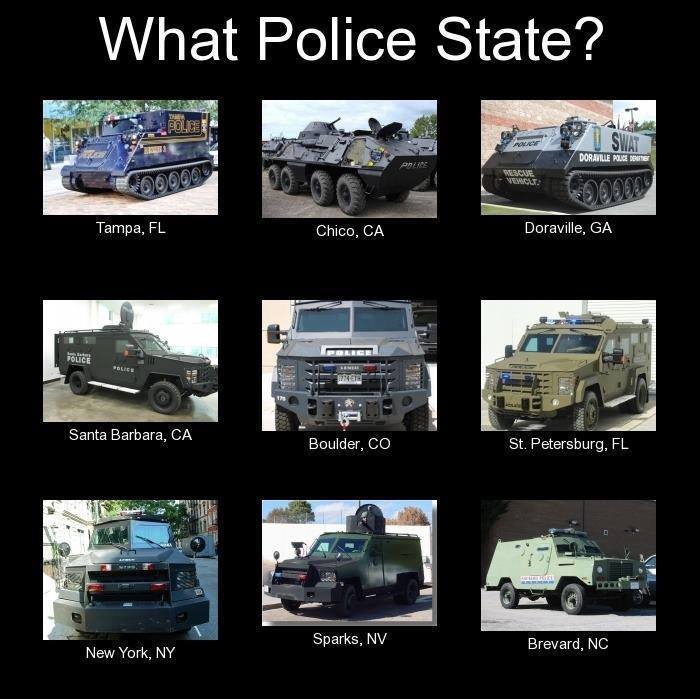 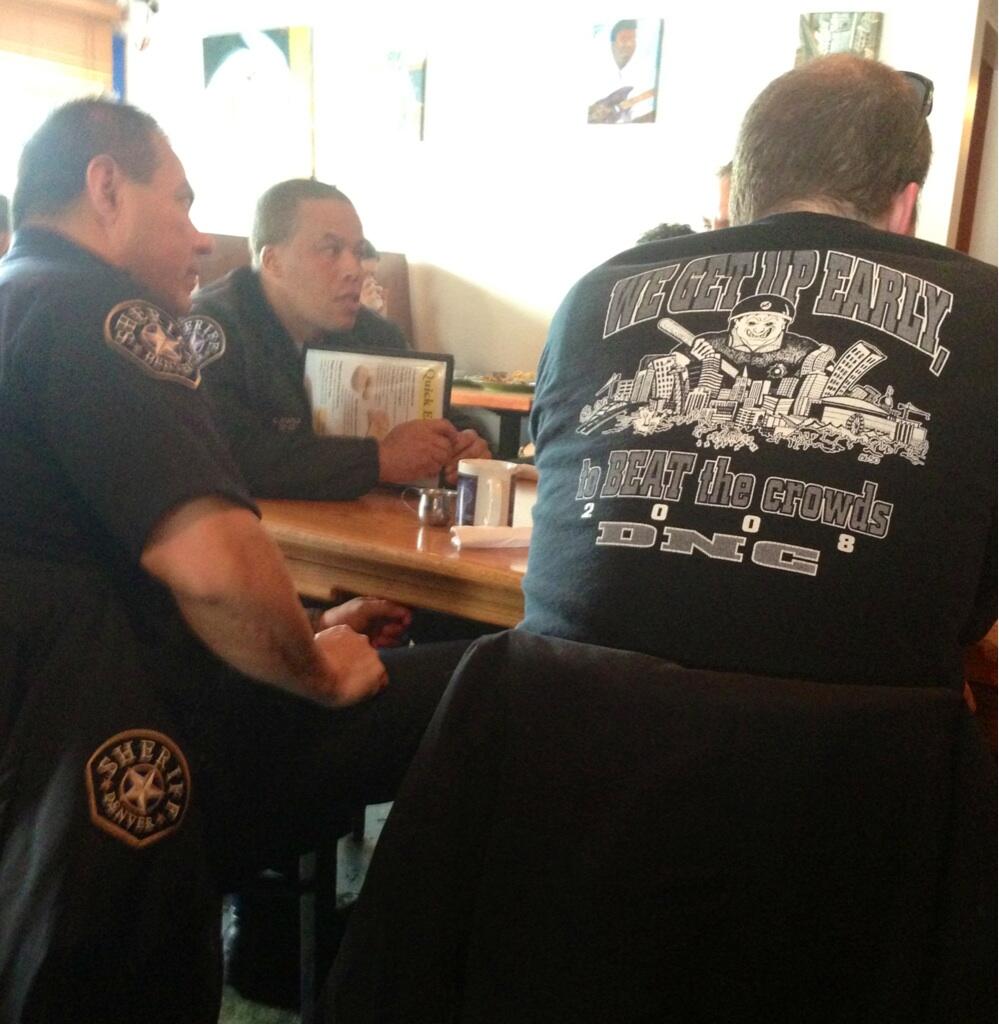 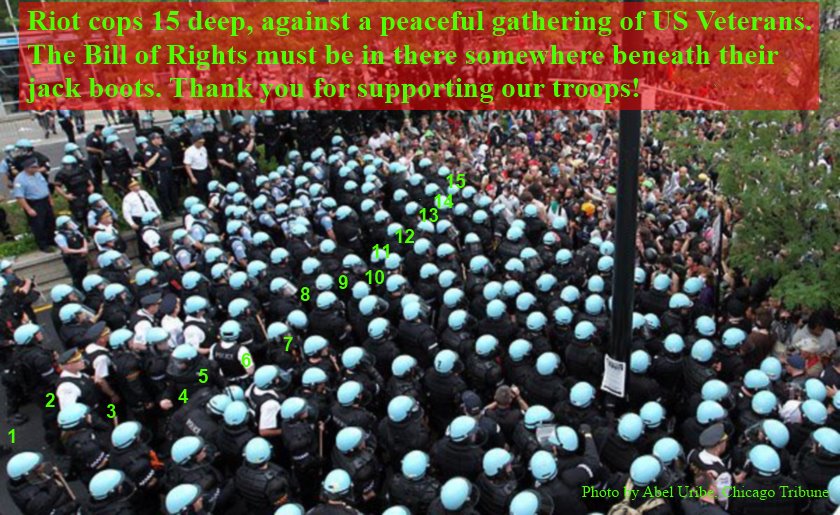 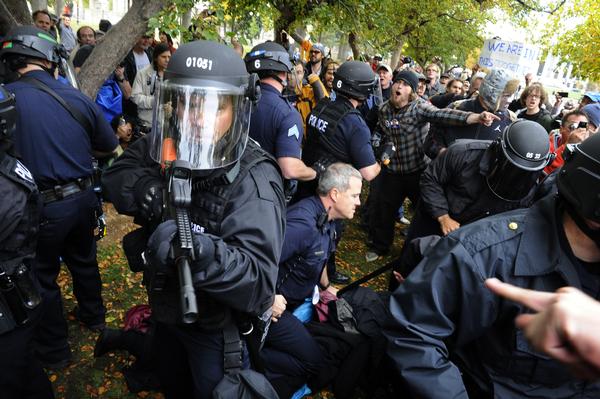 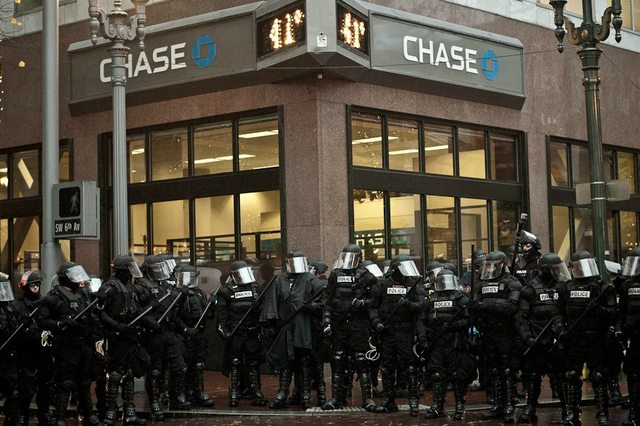 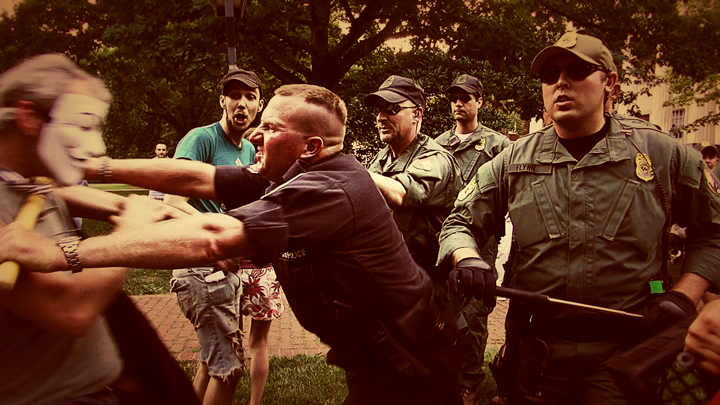 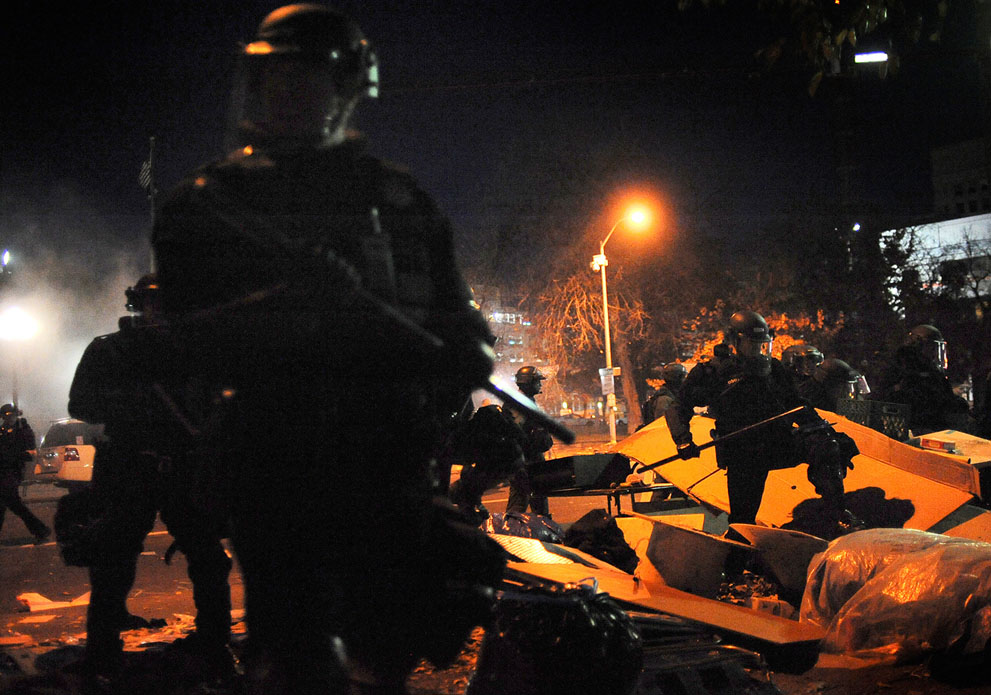 Police Department Spying and Retaliation for the Surveillance State

Meet the Contractors Turning America's Police Into a Paramilitary Force